Every year, more than 100,000 foreign workers are brought to the U.S. on the H-1B visa and are allowed to stay for up to six years. There are about 650,000 H-1B visa foreign workers in the U.S. at any given moment. Americans are often laid off in the process and forced to train their foreign replacements, as highlighted by Breitbart News.

More than 85,000 Americans annually potentially lose their jobs to foreign labor through the H-1B visa program. Despite claims by the big business lobby, American workers who have been replaced by H-1B foreign workers say there is no shortage of talented and qualified citizens for high-paying, white-collar jobs.

For years, multinational corporations importing H-1B foreign workers have not been listed in federal records as doing so because they obtained the hires through a number of outsourcing firms. New rules by the Trump administration, though, now mandate that corporations hiring these H-1B workers are disclosed publicly.

Department of Labor data compiled by the research site RedBus2Us.com — as well as records reviewed by Bloomberg Law — reveal that tech corporations like Apple, the Microsoft Corporation, Hewlett-Packard, and Amazon, and companies like Nike, McDonald’s, CVS, AT&T, and Pfizer have used a variety of outsourcing firms like Infosys, Cognizant, Tata Consulting Services, Accenture, Wipro, and Capgemini to import thousands of H-1B foreign workers 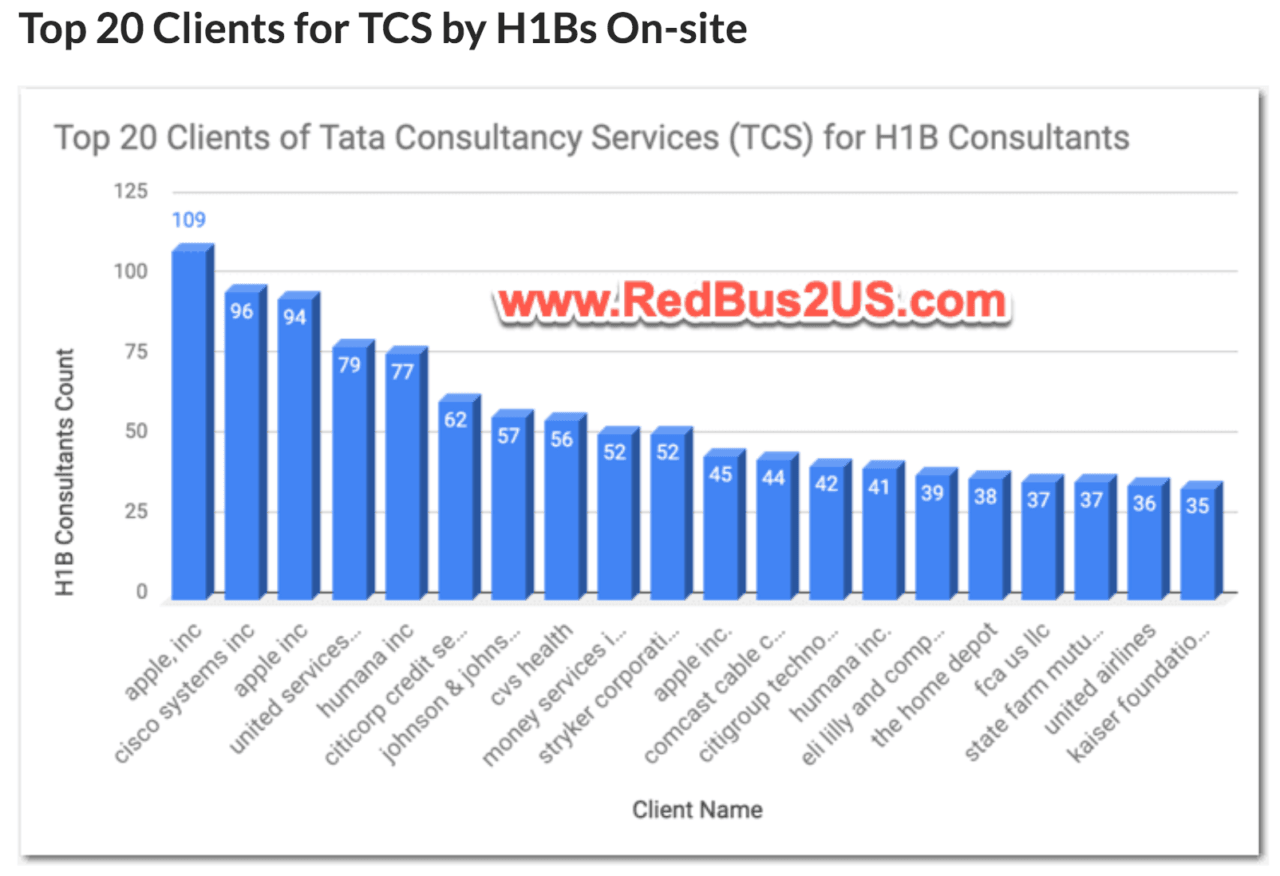 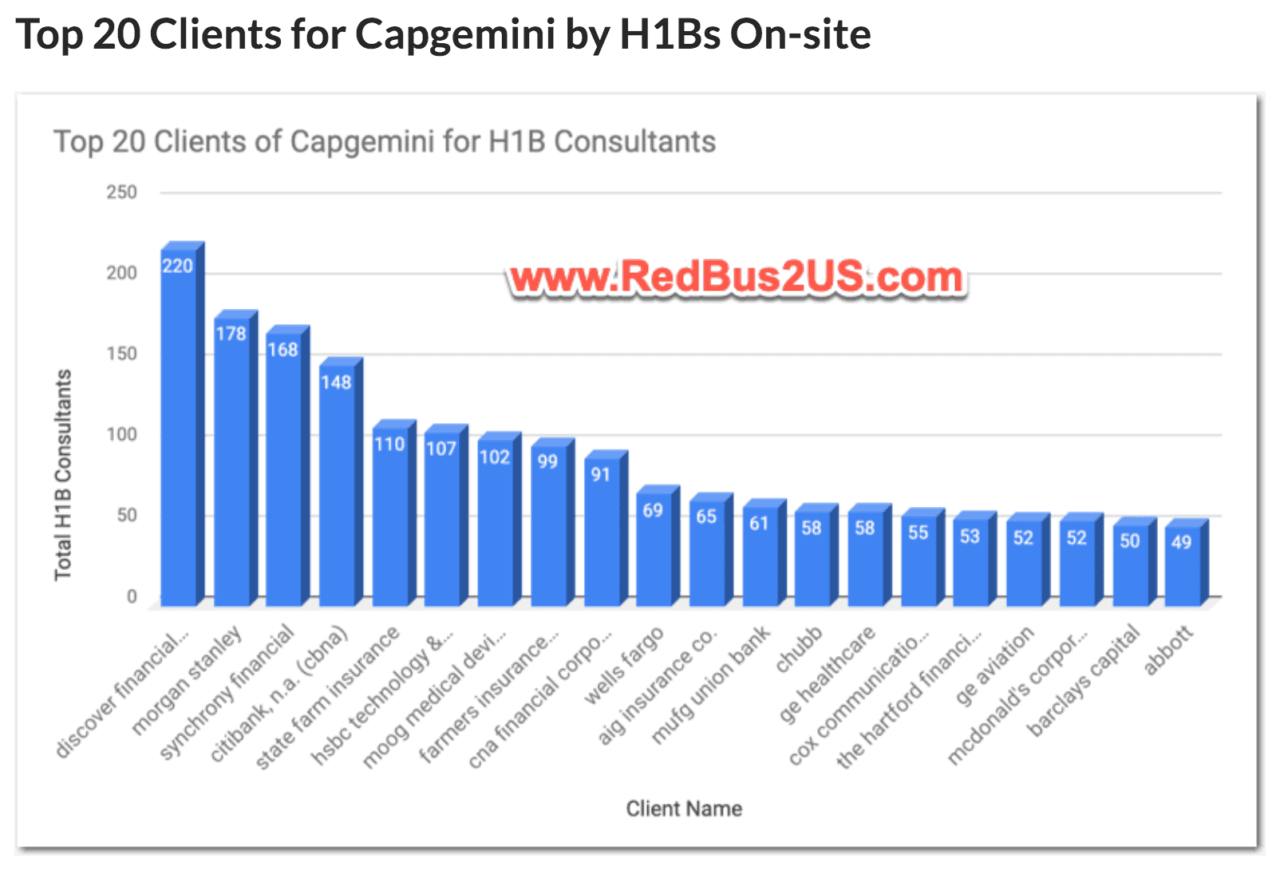 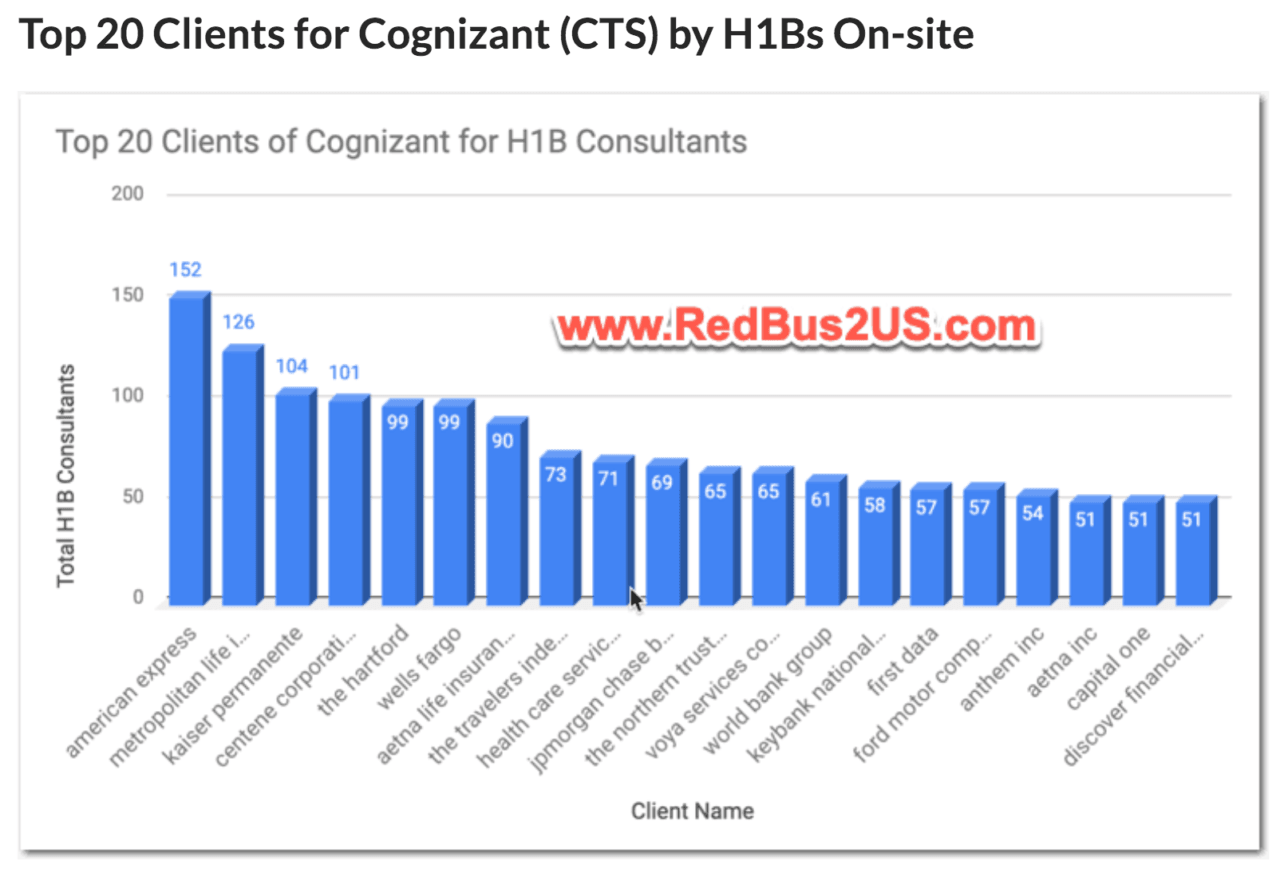 Last year, U.S. businesses and corporations attempted to outsource nearly 420,000 American jobs to foreigners through the H-1B visa program — a number that outpaces the population of Tampa, Florida.

As Breitbart News previously reported, more than 2.7 million H-1B foreign workers have been approved to come to the U.S. to take American jobs between 2007 and 2017. During that same period, businesses tried to outsource almost 3.5 million American jobs to foreign workers instead of hiring Americans.

About four million young Americans enter the workforce each year, many looking for white-collar jobs in the STEM fields. Those Americans’ prospects of finding work are crippled by the country’s legal immigration process, which admits more than 1.5 million immigrants and hundreds of thousands of foreign visa workers annually. Already, the wage-cutting business scheme has led to foreign-born workers overwhelmingly outnumbering Americans in the tech industry in Silicon Valley, California.

Read at the source